To celebrate Aretha Franklin’s legacy and National Geographic’s GENIUS: ARETHA, National Geographic has partnered with Watch The Bands, an online platform that focuses on preserving and promoting the marching band and dance culture of Historically Black Colleges and Universities, to host “All Hail The Queen: HBCU Band Tribute.”

The virtual competition will feature four HBCU bands that will go head to head and compete for a $5,000 prize by performing some of Aretha Franklin’s greatest hits. “All Hail The Queen” will be hosted by actor and producer Lance Gross, premiering on YouTube on Friday, March 19.

Participants are from four renowned HBCUs, including the University of Arkansas at Pine Bluff, Alabama A&M University, Alabama State University, and Kentucky State University. Their performances will be judged on their musical and visual presentation, creativity, auxiliary, and percussion. The winning band will be announced via Nat Geo and Watch The Band/Watch The Yard social platforms on March 25.

This marketing activation also included a screening of GENIUS: ARETHA at 15 colleges across the country on March 18.

GENIUS: ARETHA, airing now through March 24, features Emmy® Award-winning actress Cynthia Erivo who transforms into Aretha Franklin for this 8-episode series, showcasing the lasting impact Aretha Franklin had on music, culture, and history. Time hails the show as giving “the Queen of Soul the regal treatment she deserves,” CNN raves, “like the best musical biographies, it enhances an appreciation of Franklin’s life and career, with an ease and grace that makes it look easy.” The Hollywood Reporter praises Erivo’s performance saying, “here is a vocalist who, when performing, appears as if she’s doing exactly what she was put on this earth to do.”

Watch The Bands is a community preserving and promoting the band and dance culture of historically Black colleges and universities. With viewers from all over the world, Watch The Band has established itself as one of the largest sites focusing on African American college culture. Watch The Yard is a media company revolutionizing the Black college experience, quickly becoming a leading destination for Black news, culture, and conversation, and empowering the next generation of leaders through the celebration of their contributions. Watch The Yard’s international community attracts over one million people across the African diaspora each month. 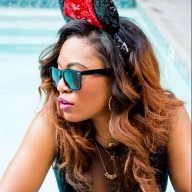